Dancing with the Piper, Maxim Rubtsov and Germaul Barnes at Alvin Ailey Theatre 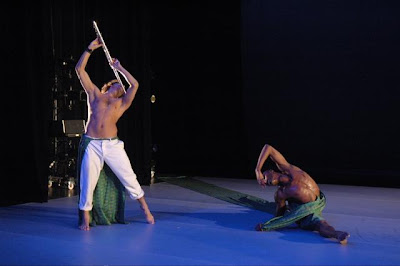