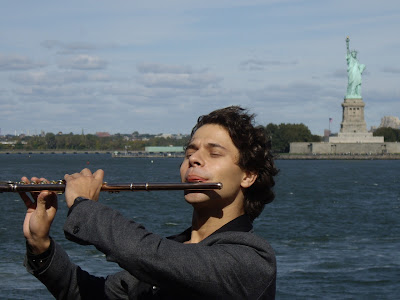 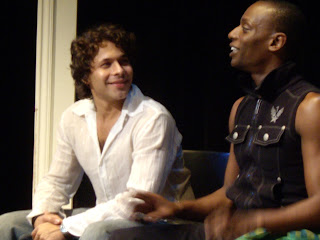 Sitting on the stage after their performance at CUNY-Staten Island Maxim and Germaul explain how they met in Russia at a dance workshop. Germaul says of his Russian friend, Maxim has a visual idea as well as a musical idea when he performs. You see this in his body language. He has what only a few artists have—natural movement, the desire to collaborate, and the ability to perform in two genres—music and dance—at the same time.