London premiere of "Overture to the Russian National Orchestra" 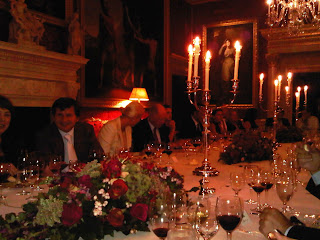 Tonight in London, Lord Jacob Rothschild hosts a gala dinner and concert for patrons of the Russian National Orchestra, who are on their way to the RNO’s Festival at the Bolshoi Theatre in Moscow. The London dinner and the Moscow festival mark the opening of the orchestra’s 20th anniversary celebrations. 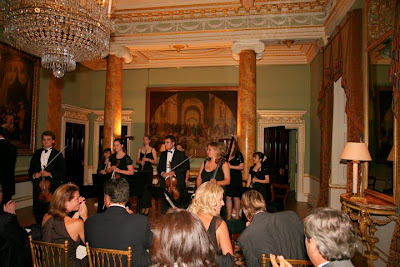 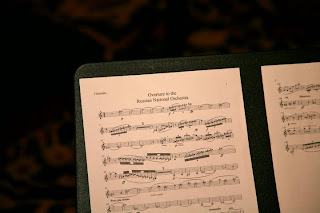 Working as an oboist in the RNO for 8 years was simply one of the most significant events in my life. There's something very special about this orchestra. You cannot wish for a better working environment or level of performances. You get to play with the world's top conductors.


I enjoyed taking part in anniversary concerts 5 years ago, when the RNO was 15 years old. We had a huge amount of rehearsals before two major concerts in Moscow with live TV broadcasts, followed by an extensive USA tour. This time I'm unable to be with my friends in the orchestra for their festival in the Bolshoi Theatre, because of my decision to continue my education as a conductor at the Royal Academy of Music in London.


So it feels very good that I can still contribute to the anniversary events by writing a special piece.


The piece is scored for nine players, combining two popular chamber music groups: wind quintet and string quartet. This way, though the group is ten times smaller than any symphony orchestra, it suggests the colorful and diverse orchestral sound - the sound the RNO is famous for.


I also decided to make the individual parts quite advanced in a technical way. I have all the trust in players from the Royal Academy of Music, who performed the premiere tonight at Spencer House. They were really enthusiastic about this project. Some of them remember going to a number of highly successful RNO concerts in London when Mikhail Pletnev organized a Taneyev Festival some years ago.


We are all quite honored to perform at Spencer House before the special audience of invited guests including American composer Gordon Getty, Internet pioneer and space traveler Charles Simonyi and other distinguished patrons of the RNO.